Mike Mills: ‘All my films are me communing with someone I really love’

The director explains how fatherhood shaped his latest film, and how creating space is integral to his creative vision. The post Mike Mills: ‘All my films are me communing with someone I really love’ appeared first on Little White Lies. 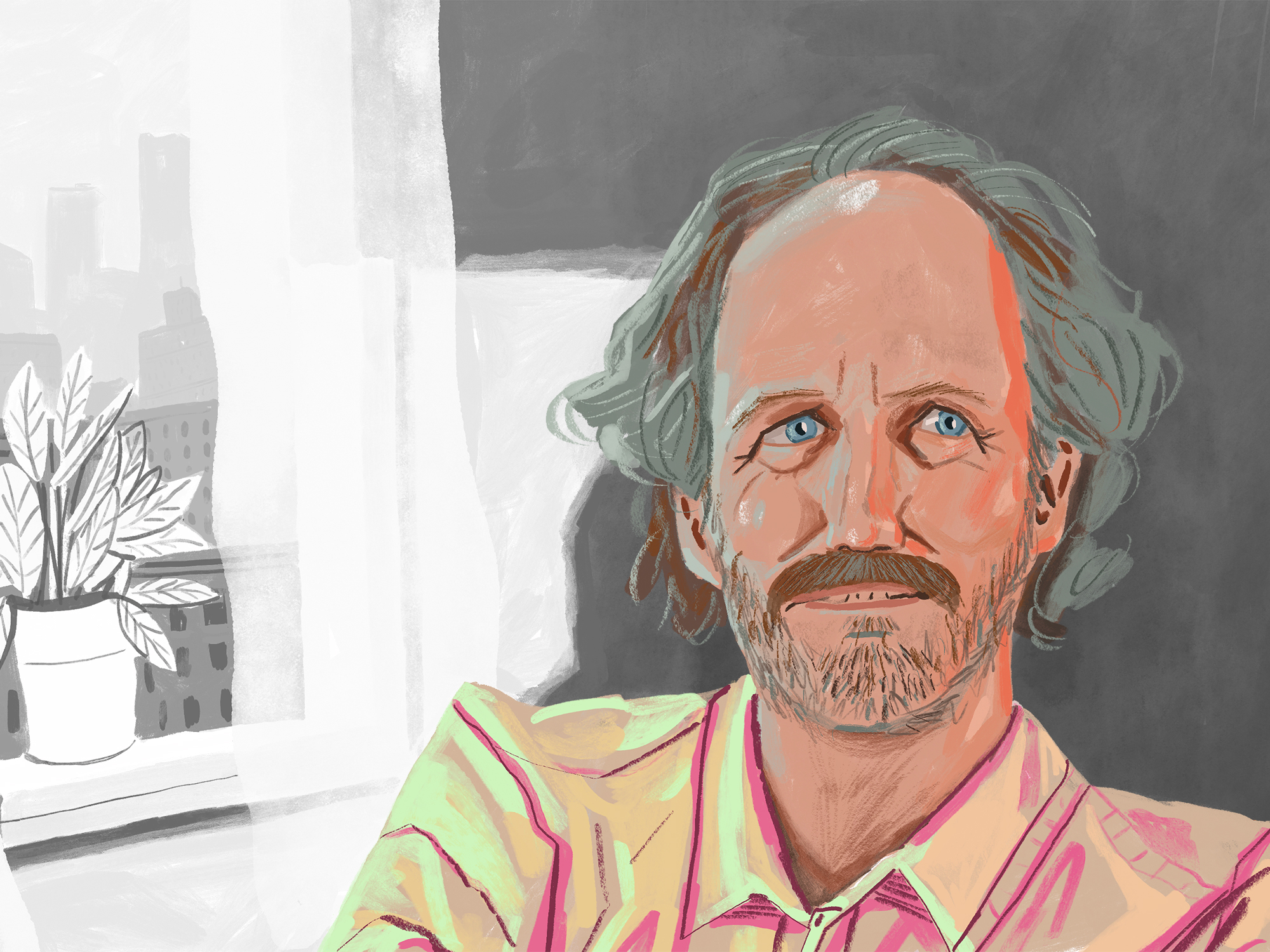 From the turbulent adolescence of Thumbsucker through to the found family of 20th Century Women, Mike Mills creates thoughtful portraits of complex relationships. The same goes for his fourth feature, C’mon C’mon, in which radio host Johnny (Joaquin Phoenix) forms a bond with his nine-year-old nephew Jesse (Woody Norman) after family strife brings them together.

LWLies: Beginners and 20th Century Women are very much rooted in your familial experiences. Is the same true of C’mon C’mon?

Mills: It definitely started with my kid, Hopper. There’s lots of scenes of things that happened between me and my kid, but it’s a little different this time as it’s the first time I’m dealing with someone who’s alive, and someone who’s a child. I had to find a way to create distance, like the uncle part of the story, and the idea that Johnny and Jesse don’t really know one another. But there are nuggets that are very much my kid.

The weird, spiritual craziness of writing means you’re not in control of what’s happening and things are coming and you don’t know exactly why. The way I work with actors, I need them to make it theirs. So I’m doing everything I can do give it to them. Woody is not my kid, but there’s something beautiful about that exchange, with him bringing his soul and psyche and history and timing and humour. Taking my version of my own kid and running with it.

How did Hopper react when you explained you were going to make a film about your relationship?

My kid never met my parents and hasn’t seen any of my films. They consider me and my kid’s mom [Miranda July] to be pretty good filmmakers, but Wes Anderson – there’s a real director. At some point I told them about my parents and those films, and I said something like, ‘A human being is a crazy, complicated, fluid, ever-changing, multi-layered, contradictory cosmos,’ and in each of those films, if I can get just one slice of them, I’m really lucky. But it’s just a slice. There’s so much more going on. When I told Hopper, I said, ‘I’m thinking of making a film that starts with us,’ and they said, ‘You mean like when a person is really huge, like a cosmos, and you only get a slice?’ So Hopper completely understands what’s going on.

It must be nice for Hopper to have this film to come back to when they’re older and see this version of them.

Yeah, it’s as much Woody as it is Hopper, but who knows… You know the whole story of Christopher Robin and his Dad?

Christopher Robin hated his father, hated all the Winnie the Pooh books. He thought that they stole his likeness, his name and his childhood. He never wanted anything to do with them, didn’t want to talk to his dad, all that. So that’s my huge fear, that something like that happens. I hope Hopper doesn’t care too much. I hope they understand the love that was there, and how much I adored my time with them. But I also hope they’re their own filmmaker, and think, ‘Dad, you were cute, but I’m making much better films now.’ That’s the goal.

You mentioned a moment ago the collaborative process between you and your actors being integral to your films. How early did the cast come into the creative process this time?

I wrote the whole script, and I thought I was done, but I’m never really done. I’m always hunting for a way to make it better. I wanted Joaquin, but you can’t think you’re going to get Joaquin. I have friends who have worked with him, I know from Spike [Jonze] how difficult it was to get Joaquin. So we met and he very nicely told me he couldn’t figure out how to do it justice; therefore, no. And I just completely fell in love with him. Luckily, he was interested in the terrain. I kept him engaged, and we just kind of hit it off. I think we made each other laugh, it’s as simple as that.

Eventually, he was sitting here in my house, and we were reading through the script over and over again, with me acting out all the other parts. Totally intimidating. But we would experientially feel it through, and one of us would have a question every few inches of text. We just kept working on it, questioning everything. That was rad. I didn’t do that so much with Gaby [Hoffman], because by the time she came on board I’d done it so much with Joaquin. But Gaby and Joaquin were my first choices. I’ve loved their work for many years and never knew either one of them, so it was a sweet thing.

“To me, remembering is one of the more precious human behaviours. And remembering something together – that’s love.”

There’s this incredible intelligence and warmth but also world-weariness to Woody Norman’s performance. You really understand him as a fully-fledged human being. It’s like watching a 40-year-old in the body of a nine-year-old.

You described that really nicely; that’s what it feels like to be with my kid, and a lot of other kids, as an adult person. Developmentally they’re different, but they’re not less than. That’s one of the themes of the film, with the other kids we interview and with Woody’s character. The premise of the film is growing enough to treat children as completely valid and legitimate and equal. I think our culture does so many things to make that not so; we make kids cute, we make kids dumb, we make kids simple. And they’re not any of those things.

C’mon C’mon is so much about families wanting to understand each other, and be seen and heard by each other. A lot of that is in the film’s sound design, too, and the fact we’re constantly being asked to listen to the city, to take a breath and just be present.

It’s just sound, but space, too. I love the Wim Wenders film Alice in the Cities, and there’s a lot of space in that film. A big hero for me is Erik Satie, I love his piano pieces – to be able to walk between the notes and not be sort of domineered by the music. I’m trying to do Satie moves at all times. There’s this film by [Ermanno] Olmi, The Fiances, which is amazing. There’s no tense ropes in that movie. Everything’s kind of relaxed, like a fabric. It’s part of the editing, part of the sound; wanting to hear real things. My sound mixer, Zach Seivers, has a gentle touch and is a real naturalist. There’s actually more sound added in this movie than in my last two movies combined.

And you worked with Aaron and Bryce Dessner again, after collaborating on The National’s ‘I Am Easy to Find’.

Yeah, luckily they’re very patient, because it is a long process. You know, in some ways I think they understood the film better than I did. The gentleness and the heart. I was trying to move it to do other things and they were like, ‘You can relax, Mike, you can have it be this very gentle, minimal thing.’ When I hear it now I feel like I’m hearing the sound of Johnny and Jesse together. The sound of their relationship. Emotions and sound are really interrelated.

What insight did going to these locations and meeting all these kids give you into how it is to be young in America at the present moment?

In the film you hear one thing from each kid, but we did a 40-minute interview with each of them, so it’s just the tip of each iceberg. Sometimes it’s kind of misleading… The girl in New Orleans who says she wishes she could change her anger, it’s kind of a funny moment, but what she’s angry about in real life is incredibly tragic and intense. We did those interviews almost every day throughout the shoot. We started off with a list of questions, but the conversation always took its own turns. Film production is often ‘Go go go! Get get get!’ but this was not that – it was practising ‘being’.

There’s a really beautiful moment towards the end of the film where Jesse says to Johnny, ‘Am I gonna remember any of this?’ Do you think every film you make is an act of self-preservation?

Hell the fuck yes. To me, remembering is one of the more precious human behaviours. And then remembering something together – that’s love. It’s as intimate and meaningful as it gets. Because memory is fucked up. It’s not a fact. It’s very fragile and fluid, and a lot of my films come from memory, so I spend a lot of time trying to remember. But the more you try to remember the more it goes away. All my films are me communing with someone I really love, who really confuses me, and is a real mystery. I’m trying to understand them a little bit better. It’s presenting a version of myself to a person I love, and trying to hold them with my best self.

The post Mike Mills: ‘All my films are me communing with someone I really love’ appeared first on Little White Lies.

Of Course Harrison Ford Did His Own Call Of The Wild Stunts...

Wonder Woman 1984 Set Visit: Why the Sequel is a Standalone

Brady Corbet has cast his ambitious next film The Brutalist

More News of the World

We expect, any day now, a domestic "right wing" terror group, most likely a secondary...

Ngozi Okonjo-Iweala and Yoo Myung-hee are the final two candidates vying to lead...

Clients often do things that go directly against their goals. The fix? Learn the...

Russians will decide about the approved amendments in a plebiscite to be held on...

Missouri officials have banned cannabis-infused treats; they say it's to protect...

Tom Cruise Takes Helicopter For Lunch At Golf Course During...

The sequel will be released in theaters and HBO Max simultaneously The post Godzilla...

A Message from the Future II: The Years of Repair

Can we imagine a better future? If we stop talking about what winning actually looks...

Missouri has only had one year of legal, medical marijuana so far, and already,...